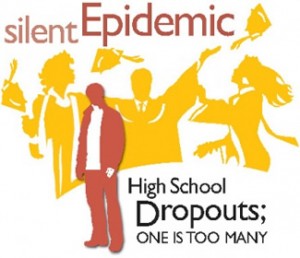 The senior high school drop out rates in this nation are shocking. One student drops out of senior high school every 9 seconds in America. In addition, the rate at which students leave high school in between grades nine and 10 has actually tripled over the last 30 years.

Include in this the fact that besides boosted joblessness, dropouts are commonly at a higher risk for drugs, gangs, poverty and teenage pregnancy and it’s clear that dropout prevention is an important problem deserving of the country’s focus.

In response to the prevalent national drop out rate, the Ad Council and the United States Army are continuing their senior high school drop out prevention effort with a new interactive project called “Boost.”.

Advertising and marketing for “Boost” consists of Television, radio, in-school posters, outdoor and Internet advertising and marketing, which is intended to support and motivate those who might be at risk of dropping out. The PSAs advise parents, trainers, coaches and good friends to provide struggling kids a “boost” to assist them in remaining in school and also graduate.

The decision to drop out of school does not occur over night; it comes after years of disappointment and failing. Often, those that quit have actually lost inspiration and have no source of support or encouragement in school or at home. The campaign advises us that in some cases a “Boost” could imply the distinction in between graduating or leaving.

The Television and radio spots feature at-risk high school seniors that are recording their struggles to remain in school by recording documentary-style videos of themselves and their friends/family.

Sorry, the comment form is closed at this time.